FISHING IN THE WORLD'S LARGEST FRESHWATER ARCHIPELAGO. MORE THAN 1,200 ISLANDS WITH SEVERAL LAKES AND BEACHES.
Once in a lifetime fishing experience.

The Kalua 2 Hotel Boat is based in the city of Santa Isabel do Rio Negro (SIRN), approximately 300km from Barcelos city.

Santa Isabel do Rio Negro (Saint Isabel of Black River) is a municipality located in the Brazilian state of Amazonas. Its population is over 24,000 and its area is 62,846 square kilometers (24,265 square miles). The municipality was formerly called Tapuruquara.Pico da Neblina is the highest mountain in Brazil and it is 2,994 meters high (9,822 feet), it is also located in this municipality. However the peak is 180 kilometers (110 mi) in a straight line from the urban seat of the municipality, it is inaccessible except through the Amazon rainforest via a National Park and the Yanomani Indian Reserve (under federal control and with restricted access).

The city is located 781km by boat from Manaus or 631km by plane. The local city airport is the Tapuruquara airport.

The anglers will be fishing in the largest freshwater archipelago in the world called Mariuá – located in the Negro River, between Barcelos and Santa Isabel. It was discovered by NASA in the 90s and has more than 140km of extension, it’s 20km wide and has more than 1,200 islands with several lakes and beaches. The area also offers a lot of tributaries (streams) that are excellent for fishing. These streams are Preto, Padauiri, Atauí, Paranã da Floresta, among others. 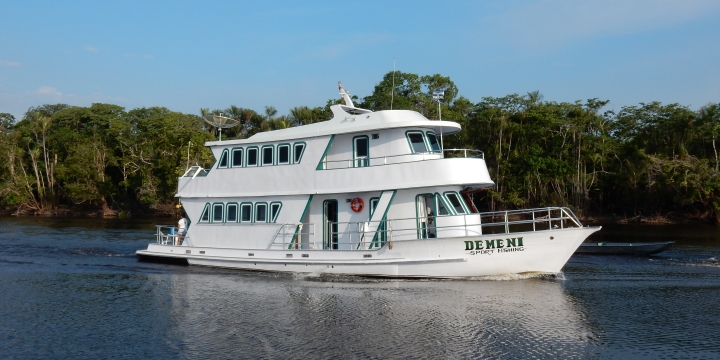 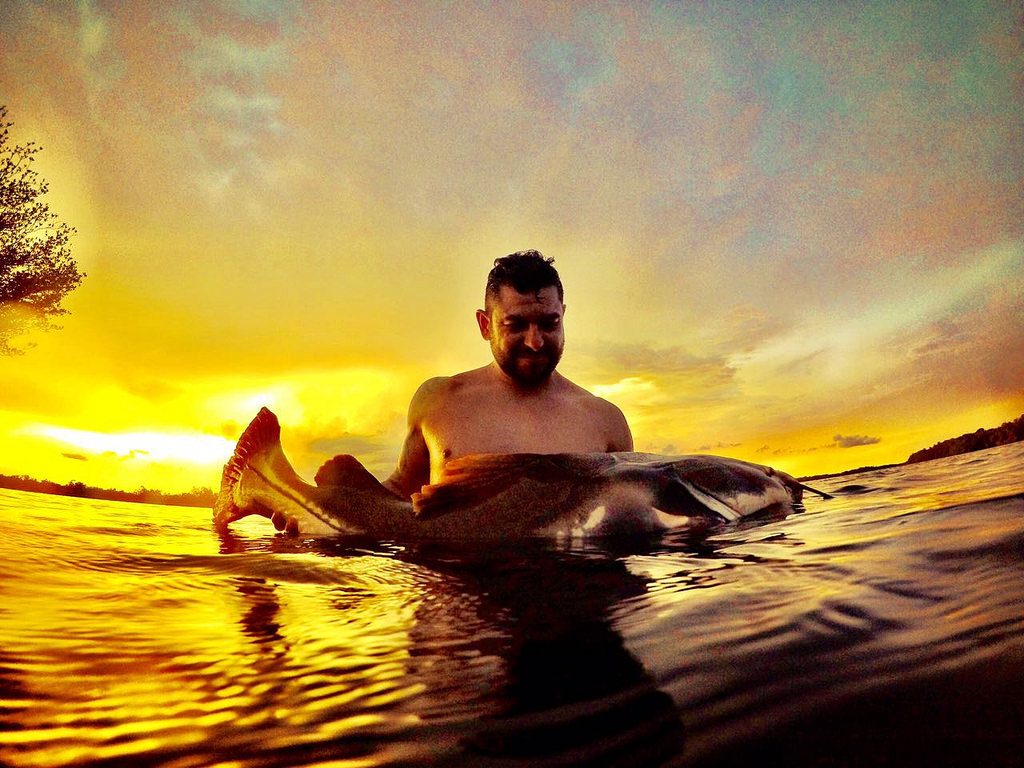 Day 1 (Thursay): International trip to Manaus, AM - Brazil.
Day 2 (Friday): Arrival in Manaus. Transfer to Hotel for an overnight stay.
Day 3 (Saturday): Early morning charter flight to Santa Isabel do Rio Negro (2-hour flight); upon arrival, transfer to Kalua Hotel Boat for immediate departure. After lunch on the boat, half day fishing until 5:30pm.
Days 4 to 8 (Sun-Thu): Full-day fishing until 5:30pm.
Day 9 (Friday): Fishing from 6:30am to 3:30 pm. Return to the hotel in Santa Isabel do Rio Negro. Late afternoon and evening are free.
Day 10 (Saturday): Transfer to Santa Isabel do Rio Negro Regional Airport around 7:30am (after breakfast) for charter flight back to Manaus. Arrival in Manaus around 11:00am and transfer to the International Airport or to the hotel, depending on the time of your return flight.
Day 11 (Sunday): Transfer to the International Airport of Manaus.
End of our services.
Day 12 (Monday): Arrival in your hometown and end of this incredible fishing trip.

LUGGAGE: We ask you special attention for this: The charter flight to Santa Isabel do Rio Negro has a volume luggage limitation.
The total weight per passenger is one 15kg suitcase (check in luggage) + 0ne 3kg bag (carry on baggage). We can provide extra space for rod, line, reels and spinning reels under request. 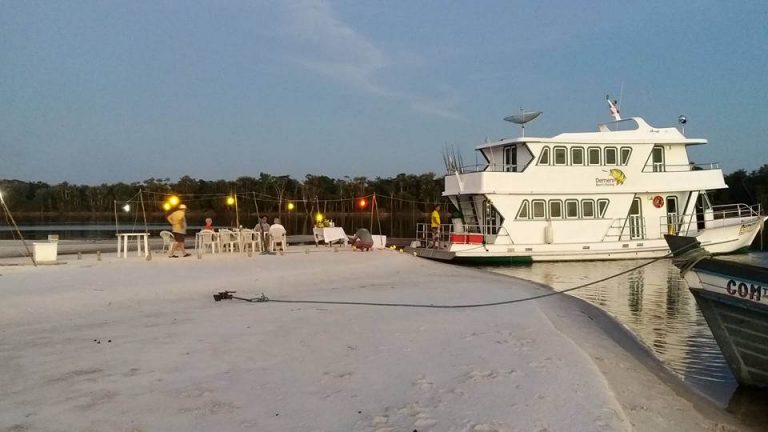 KALUA 2 SUPPORT BOAT & JON BOATS:
In every trip Kalua 2 Hotel Boat is escorted by its 2-deck support boat "Kamayura" which offers lodge for its large crew, including a captain, a mechanic, a coordinator and 4 fishing guides; it also carries all the supplies, provisions and fuel storage. Also in every trip, the Kalua 2 Hotel Boat is accompanied by its four JON BOATS with 25hp outboard and trolling motor and 1 super light Jon boat for specific ingress in closed and cut-off lakes.

KALUA 2 BOAT HOTEL: It's the new name for the former Demeni boat. 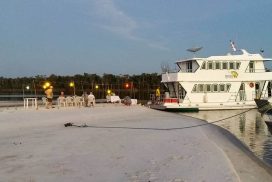 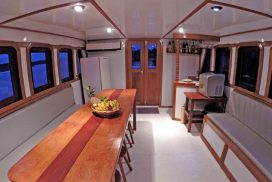 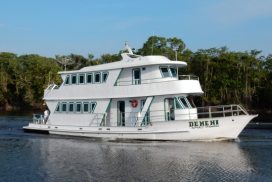 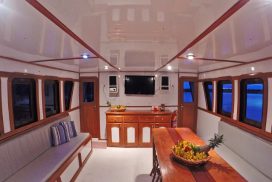 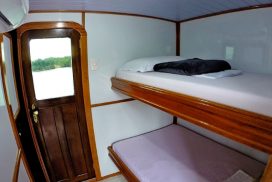 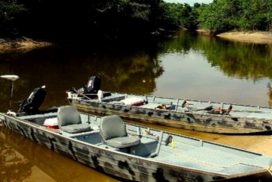 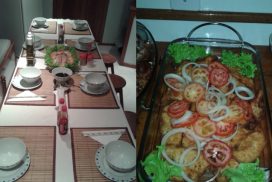 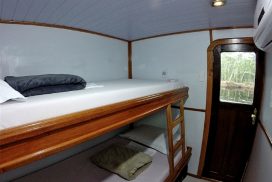 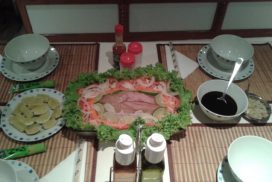 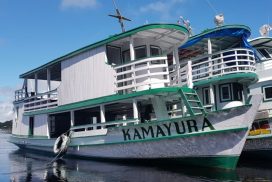 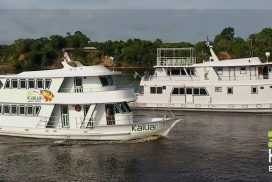 ALL-INCLUSIVE AMAZON ARCHIPELAGO PACKAGE FOR ONLY
CAD$6,730
per person 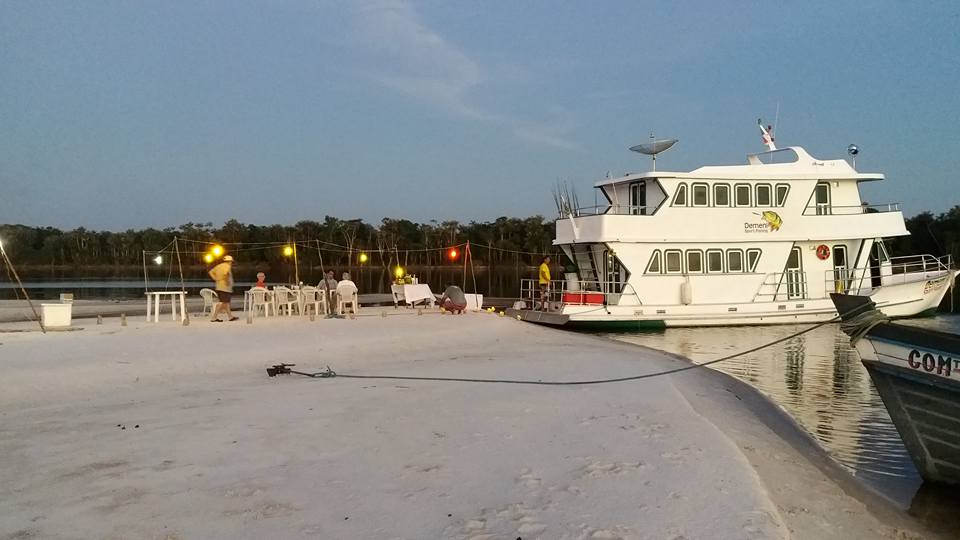 * Price per person in a group of 8 anglers (minimum)

Important Information:
There is on board daily laundry service, so please bring few clothing items. Allowed weight per passenger on the Manaus – Santa Isabel charter flight should not exceed 18 kg (40 lb – including fishing tackle) plus a 5 kg (11 lb) carry on luggage. 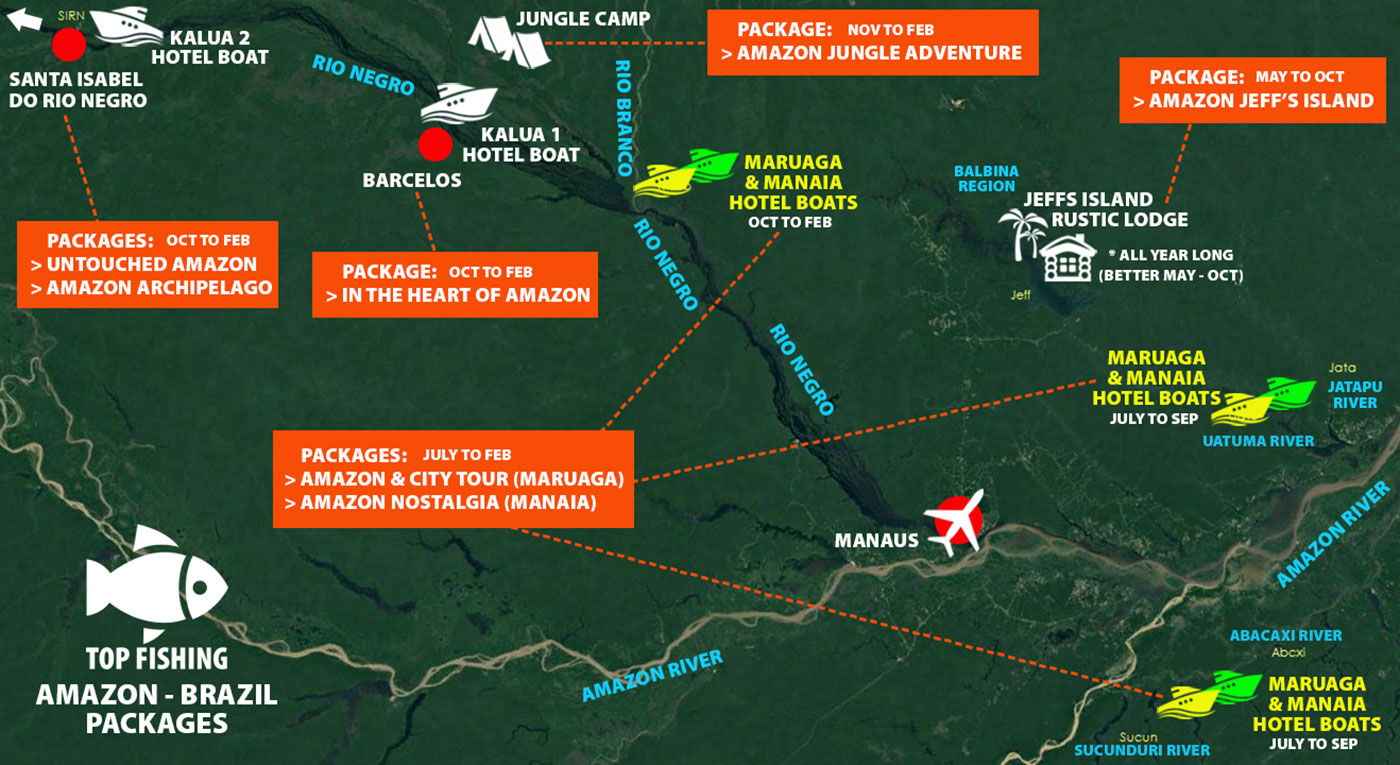 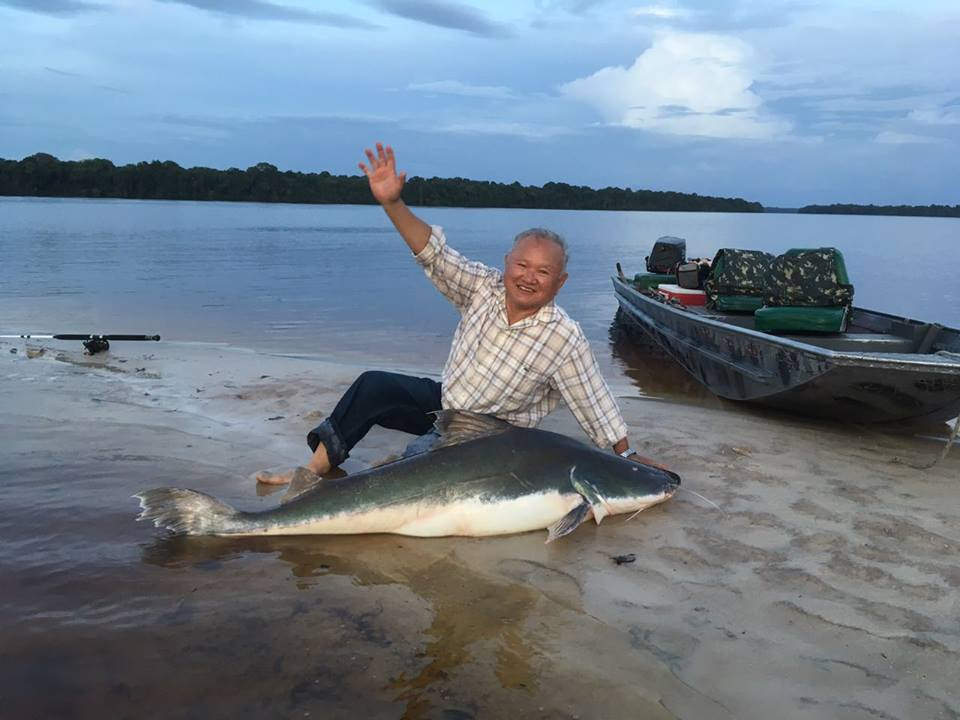 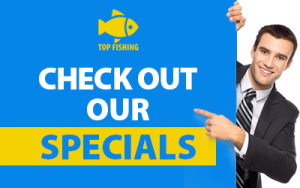